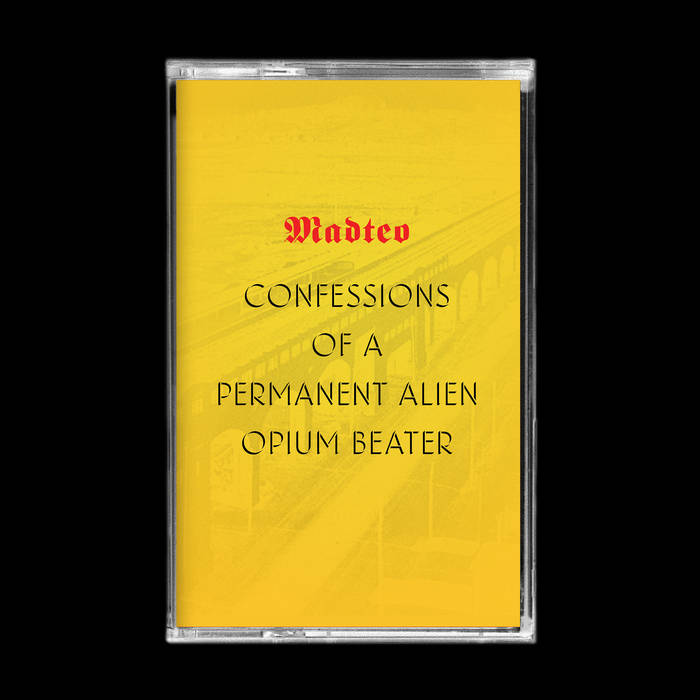 Madteo (aka Matteo Ruzzon) is the perpetual outsider. An Italian producer who moved to New York City in the mid '90s during the tail end of hip-hop's golden age, he's been surreptitiously sending strange electronic missives to the fringes of underground house, techno, and hip-hop for over a decade. Everything he does skews outside of typical industry expectations and is imbued with an otherness that's by turns puckish and sinister. That includes this new hybrid beast, Confessions of a Permanent Alien Opium Beater.

Somewhere between a Dadaistic mixtape, a surreal audio collage sourced from his record collection, and sporadic interjections from Madteo's own storehouse of outlandish and intriguing productions, this 79-minute journey reveals the man's freewheeling rigor in the studio. Early on, a stoic woman intones, “We are like-minded individuals, sharing a common vision, pushing toward a world rid of color lines,” which serves as Madteo's musical mission statement for what is simultaneously a critique and a celebration of his adopted country. A cavalcade of surprising voices—a profane child, a militant pro-black poet, an eccentric “millionaire,” a woman under demonic possession, etc.—weaves in and out of abstract, unsettling, spacey electronic music that at times recalls DJ Spooky's similarly eerie and cryptic 1995 mix Necropolis: The Dialogic Project.

Confessions of a Permanent Alien Opium Beater is another crucial piece of a discography from one of music's most fascinating enigmas, a celestial lysergic jukebox that conjures new pleasures and deeper mysteries with each listen.